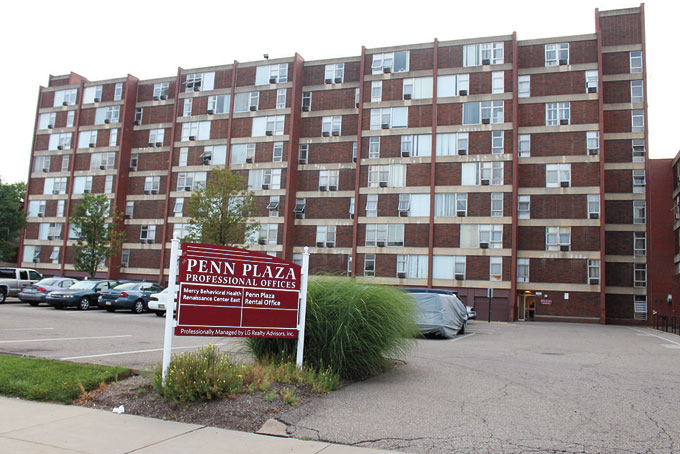 In accordance with the agreement negotiated among Pennley Park South Inc., the City of Pittsburgh and the Penn Plaza Tenant Council, the Urban Redevelopment board has approved $300,000 to assist with the relocation of the remaining residents ahead of planned redevelopment.

Authority Executive Director Robert Rubinstein said the funds will be allocated from an existing fund and repaid by pledges from the sale of city and URA-owned property and Tax increment payments diverted properties developed within the East Liberty Transit Revitalization District.

And though a portion of the housing will be designated for low-income residents, they will not be available in time for the 200 remaining Penn Plaza residents, who, per the agreement, must be moved within the next 12-15 months.

Tenant Council representative, Lillian Grate, thanked the board for its efforts.

“Because some residents don’t qualify for other relocation resources due to past issues, this helps tremendously,” she said. “Unfortunately a lot of the (currently available) properties in East Liberty are not affordable for our resident. So we have to look elsewhere. Right now we are focusing on getting people close to transportation, so they can connect to jobs, neighborhood services, shopping, and economic assets.”

Also in East Liberty, the board gave tentative approval to providing $700,000 to East Liberty Development Inc. so it can gain full title to, stabilize, and redevelop the former Saints Peter and Paul Church property, which takes up two acres in the heart of the Larimer/East Liberty Choice Neighborhoods redevelopment zone.

Due to an outstanding lien, ELDI has not finalized the purchase of the property, but has been appointed as conservator by a judge, and can enter the property and effect needed repairs, which two of the three structures on the property—the historic church and former school—need badly. The third building, the former rectory, is to be demolished.

Authority Property Director Tom Cummings explained that they would only be seeking “vague approval” because the deal would require environmental approvals—and because it is in the Choice Neighborhoods zone, approval from the US Department of Housing and Urban Development.

Kendall Pelling, ELDI land recycling director, said both the 19th century church, rebuilt in 1910 after a fire, and the massive former school building need new roofs to prevent further interior damage. That work alone could possibly use up the entire $700,000. The buildings also require asbestos abatement.

“We plan on educational, commercial, or residential reuse,” said Pelling. “The property is ugly, but stabilization gives us time to get community feedback and find a creative solution. The Larimer Community Group is on board with this because it’s two acres right in the middle of anticipated development.”

In other action, the board also approved $345,000 to hire Always Busy Consulting to develop a work plan and budget for the Community Collaboration and Implementation Plan for the former Civic Arena site and related development in the Hill.

The plan will contain a detailed breakdown of activities, costs, schedules and resources needed to meet goals on Minority- and Women-owned Business inclusion, workforce development and local hiring, housing and home ownership, cultural and community legacy initiatives, and contract monitoring, reporting and tracking.