Grantee Spotlight | Allies On The Ground | The Mission Continues Pittsburgh

A $45,000 Catalytic Grant from Neighborhood Allies supported the development and launch of a Service Platoon of military veterans in Homewood that is empowering Pittsburgh veterans to continue their service on the ground in communities rather than the battle field. 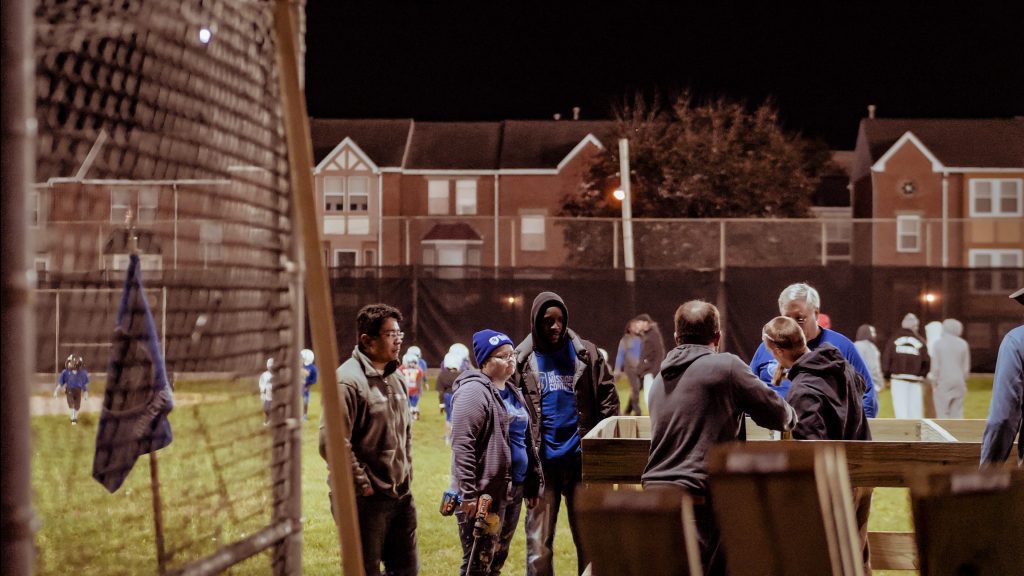 “The Homewood Service Platoon has started to make a real impact, working side-by-side with community leaders. As these veterans are improving civic engagement, they are also changing the way that people view and understand veterans. Since the launch, we have empowered more than 40 Pittsburgh veterans that have volunteered over 400 hours to complete 8 service/support projects that support the needs of the Homewood community.”

With Neighborhood Allies support, The Mission Continues was able to build the Pittsburgh 2nd Service Platoon from the ground up–preparing for long-term community impact in Homewood. The platoon immediately ignited the community, empowering them to envision positive change. In the spring of 2016, the platoon began a partnership with Homewood Community Sports to begin a major ongoing project on Stargell Field to help renovate and rehabilitate a community baseball and football field. The veteran leaders are using the skills that they developed in the military to listen, muster and execute on projects that support the overall vision of the community members.

For more information on The Mission Continues, visit their website. And, join us to celebrate and honor them as our Celebrated Neighborhood Image Awardee at the 1st Annual Healthy Neighborhoods Celebration on November 16th! 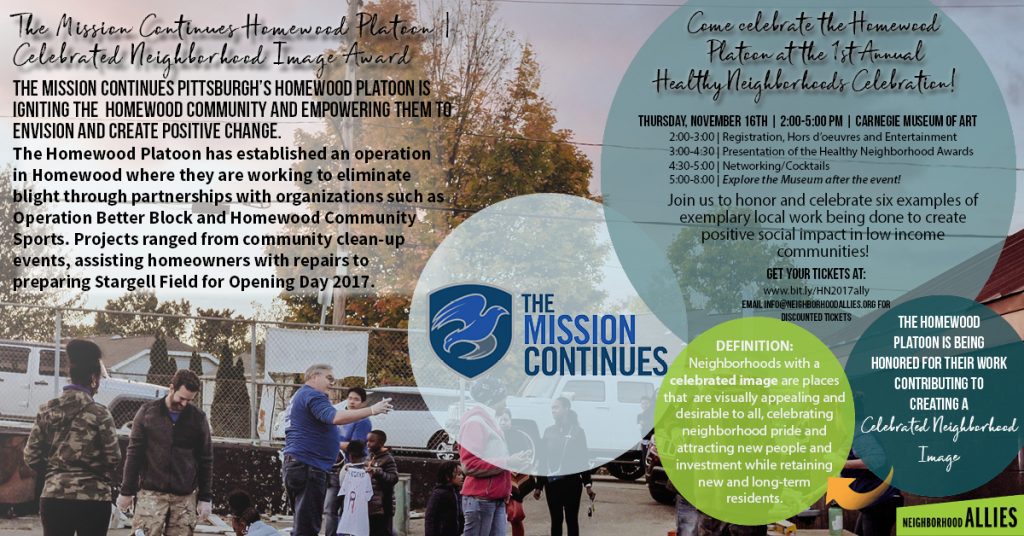