A grant from Neighborhood Allies supported the relocation and consolidation of the Community Kitchen Pittsburgh to a historic building in Hazelwood. 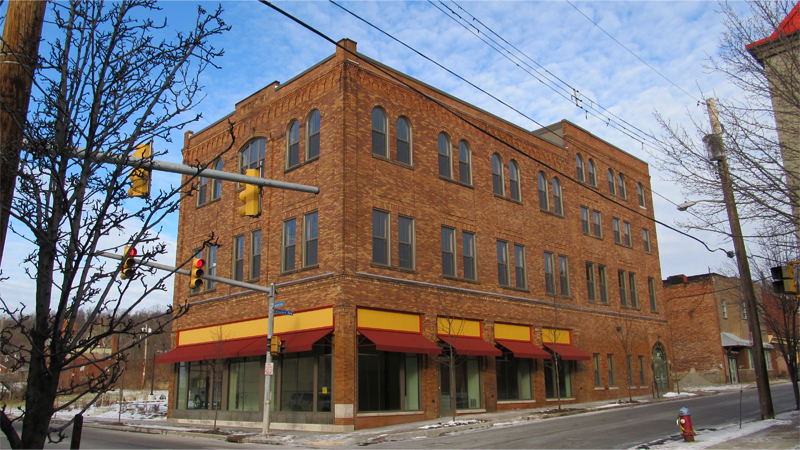 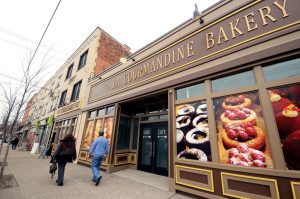 The Hazelwood Second Avenue Redevelopment is an initiative of ACTION-Housing that began in 2013 when they acquired the former D’Imperios Market and negotiated an option for another historic building, which is just down the block. ACTION’S work on Second Avenue has been focused on renovating existing commercial structures with the goal of revitalizing the neighborhood’s historic main street. Today, the former D’Imperios Market houses LaGourmadine French Bakery’s production facility and a small storefront bakery and in just a few months, Community Kitchen Pittsburgh (CKP) will move into a renovated historic four story brick building that was originally constructed in 1911.

Neighborhood Allies Impact On The Ground

The CKP relocation to Hazelwood is part of a $4.3M real estate project which included the redevelopment of two vacant historic buildings and four vacant lots in the heart of Hazelwood. The grant from Neighborhood Allies played an integral part in this project by positioning the partners to identify funders for the expansion of the Community Kitchen into Hazelwood and the subsequent success they have had in obtaining that funding. Community Kitchen was successful in securing $200,000 in Neighborhood Assistance Program (NAP) credits with UPMC as the sponsor. As a result of this fundraising support, Community Kitchen Pittsburgh is completing the first floor build-out of their new home in Hazelwood, intending to move in by early July, 2017.

By moving all operations there, it allows CKP to be situated in the neighborhood and begin immediately recruiting local residents into its training and transitional employment programs, while expanding our programming in the neighborhood and engaging residents in plans for integrated community activities in the space. They are also part of an overall revitalization effort underway along this business corridor.

In this facility they will:

“Having funds to utilize a professional grant writer is critically necessary support for nonprofits with small staff. A project of this scale requires financial support beyond our local funding community, and Community Kitchen would not have had the time or capacity internally to apply for the government grants or the tax credit program without this support.” 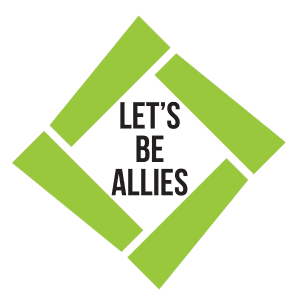