Last year, we awarded a $15,000 grant to Cocoapreneur PGH, LLC. and SYLA PGH in support of Greenwood Week Pittsburgh, a minority business conference seeking to lift up, support and provide resources to MWDBE entrepreneurs in Pittsburgh, with the goal of rebuilding black economics. 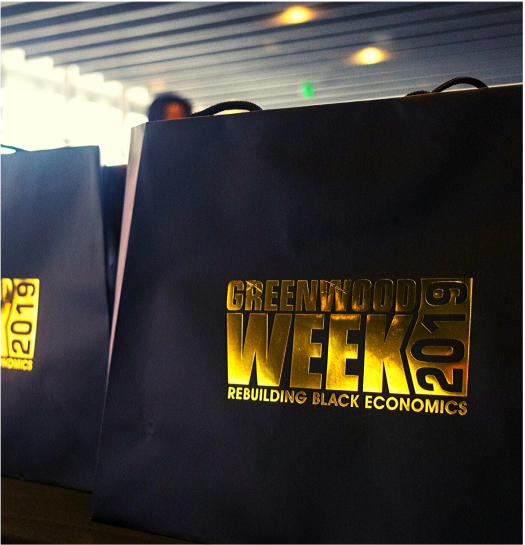 Greenwood Week Pittsburgh is a collaborative project between Cocoapreneur PGH, LLC and SYLA Pittsburgh, aimed at making information about running a small business accessible to minorities, women, and other systematically disadvantaged demographics who are often left out of programs that address similar needs. By creating a conference by and for MWDBE entrepreneurs, organizers Khamil Scantling of Cocoapreneur PGH, LLC. and Samantha Black of SYLA PGH are actively working to address systemic barriers by lifting up the successes and supporting the growth of minority businesses so that they can fully thrive. The conference was made accessible and affordable to attendees by providing childcare and food, by convening in family-friendly venues, and by mindfully choosing a panel of instructors that were culturally relatable to and representative of attendees.

The week featured an effective schedule of classes for current and aspiring entrepreneurs on mental health, finances, funding, business structure, marketing, and other essentials for small businesses. With expert local MWBDE entrepreneurs leading each class, attendees were given the opportunity to hear real-life examples of running a business in Pittsburgh, as well as obtain important resources and engage in invaluable networking opportunities.

Greenwood Week Pittsburgh by the numbers:

One of the organizers’ major goals for Greenwood Week was to “connect the vast array of black businesses and entrepreneurs, separated and confined by geographic, social, and financial silos within the region.” 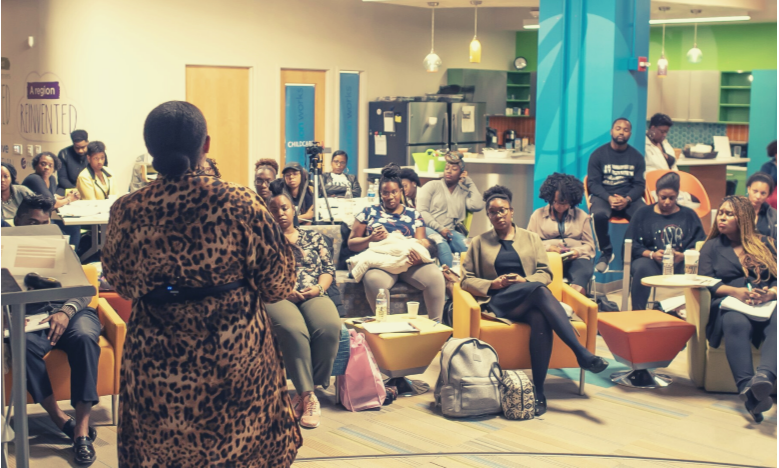 Greenwood Week is named in honor of the Greenwood District in Tulsa Oklahoma, which once represented the largest concentration of African American Businesses in the U.S.

From the report: “The Greenwood District, in Tulsa Oklahoma, was the most prominent concentration of African American Businesses. Aptly nicknamed “The Black Wallstreet”, it was destroyed in 1921 by a massacre known as “The Tulsa Race Riot” in which white residents murdered over 300 African Americans and razed every business and building in sight. Though it was rebuilt physically, due to segregation and systemic opposition (such as the white political and business leaders enacting punitive rezoning laws that prevented reconstruction), Greenwood had never regained its original vitality and most economic efforts and activities were redirected to nearby areas. Although Greenwood was the most infamous and violent instance of the plight of African Americans in business, it is not a standalone incident. Within the American Economy, and even within our local economy, Black Businesses tackle systemic, socioeconomic, and even personal barriers that hinder their progress and effectively lower the success and sustainability rates of black businesses.”

Neighborhood Allies is honored to support the work of Greenwood Week, Cocoapreneur PGH, and SYLA PGH. The success of Greenwood Week shows both the vitality of the minority business community in Pittsburgh, as well as the need for such programs to foster intentional strategies to ensure everyone participates in the region’s economic transformation.