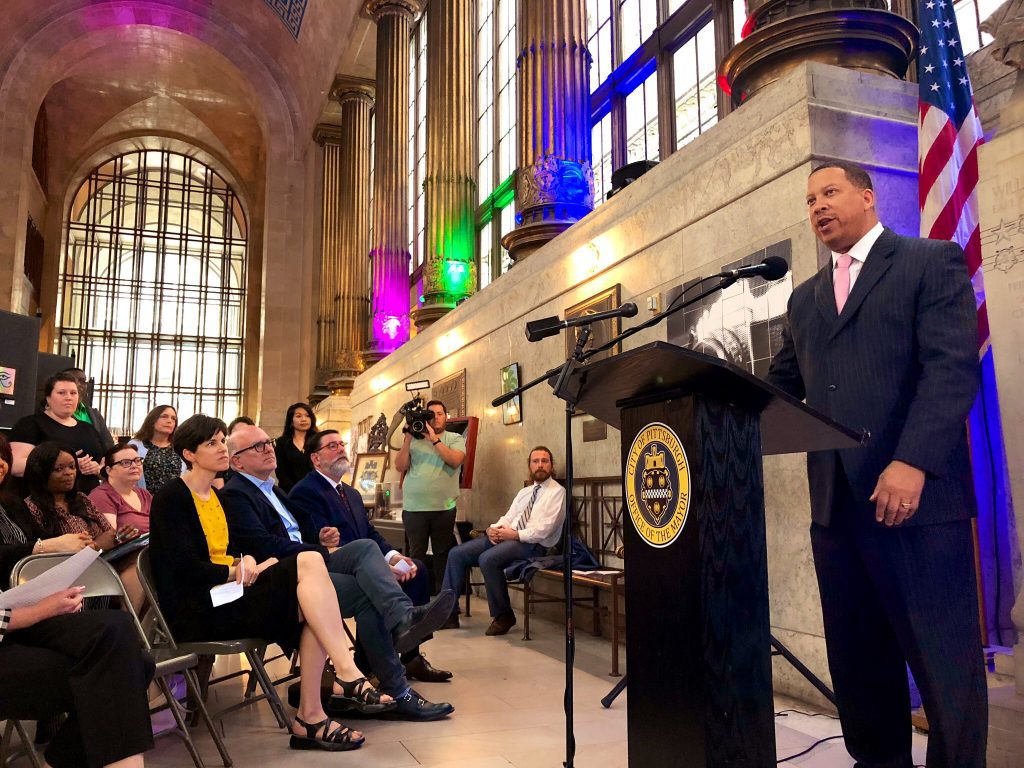 The City of Pittsburgh publicly launched a free financial counseling service this week for residents seeking advice on how to reduce debt, establish credit and build savings.

“You never really think of [financial counseling] when you think of city services. You think of patching potholes, picking up garbage, public safety,” said Mayor Bill Peduto at a press conference in the City-County Building lobby Thursday. “But for so many of our residents, what they really need is a helping hand to get them through a rough time with their own finances.”

The initiative, titled the Financial Empowerment Centers, is in partnership with the nonprofits Neighborhood Allies and Advantage Credit Counseling Service.

Four roving financial counselors will be available to meet at 10 community locations, including the Homewood-Brushton YMCA and Carnegie Library branches in Carrick and the West End. Residents can set up an appointment via a hotline. Interested residents can call 1-800-298-0237.

The service has been operating since March 11, but the city delayed the announcement because “we wanted to be ready, we’re hoping that phones ring off the hook,” said Henry Horn-Pyatt, small business and redevelopment manager for the city’s Bureau of Neighborhood Empowerment.

“When people are in trouble with your finances, you need a professional financial counselor … somebody who’s going to sit down with you and help you work on your challenges, and help you on debt reduction, and help you build a savings, help you with your credit score. Thanks to Mayor Peduto and his team that kind of high quality, professional, one-on-one genuinely meaningful financial counseling is now a public service in Pittsburgh,” Jonathon Mintz, founder and CEO of the New York City-based Cities for Financial Empowerment Coalition, said Thursday at the announcement.

The city’s initiative is modeled after the Bloomberg Philanthropies-funded NYC coalition, which exists in 25 other U.S. cities as well as Antigua and Barbuda.

The city received an initial $20,000 in seed grant funding from the organization.

The service will cost roughly $400,000 to operate for two years, and is nearly fully funded, with 55% of support coming from local private foundations, 40% from the New York-based coalition and 4.5% from the city, Mr. Horn-Pyatt said.

“I’m hoping that bankers will eventually want to support it because as people come out of these services they’re probably going to shop for mortgages,” he said.