Where Are They Now? | Landforce Reactivates Green Spaces, Employs Crew Members from the Community

Landforce, a nonprofit combining workforce readiness and environmental stewardship, aimed to recruit crew members from and work on projects in three priority geographies – the Hilltop, the Hill District and Millvale – with funding from a Neighborhood Allies Catalytic Grant. They completed projects in all three neighborhoods, spending nearly 1,000 hours working to re-activate vacant lots, care for street trees, restore habitat in visible areas, and maintain green infrastructure and public gardens. 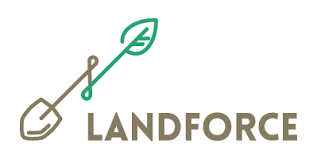 Landforce worked with a variety of neighborhood organizations to recruit crew members directly from the communities in which they wanted to carry out stewardship projects. This allowed for deeper resident input into the creation and maintenance of green infrastructure, the creation of job opportunities with fair wages for low-income individuals, and the breaking down of barriers to employment. To create even greater impact, Landforce chose to complete projects in three priority neighborhoods with the hope of broadening the communities’ interest in environmental stewardship and elongating the results of their greening work. Their projects included:

The latest of Landforce’s projects under Neighborhood Allies’ catalytic grant award, the Knoxville PlaySpace will leave a lasting impact on the Knoxville community. As the weather warms, stop by and enjoy this great new community asset that brings together neighbors and gives children a place to spend time! See some photos of the kickoff event below. Photos provides by Grounded.

In addition, despite heavy barriers to employment, nearly 70% of crew members completed their tenure, either leaving for another job, or working through the end of Landforce’s season. Out of the finishers, 100% applied for jobs and had at least one interview, 96% had multiple interviews, and 83% had job offers within 2 weeks of the end of the season.

This project addressed Neighborhood Allies’ Equitable Development pillar of the Healthy Neighborhoods Framework by directly expanding employment opportunities for low-income residents, communities of color, immigrants, and others at risk of being left behind. In addition, it created Community Ownership among residents by involving them in environmental stewardship projects in their neighborhoods! 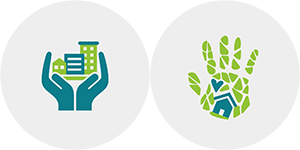